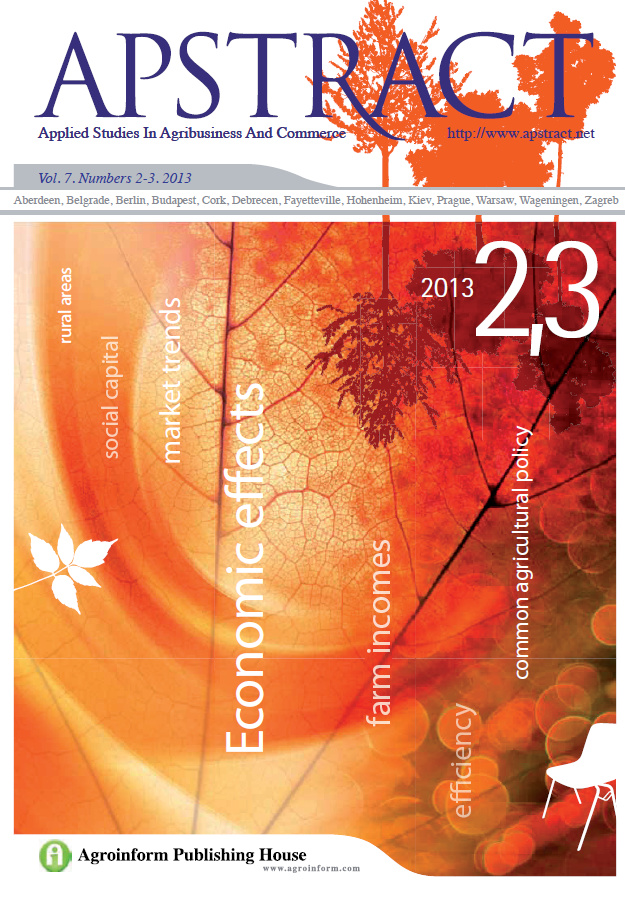 The main objective of the paper is the analysis of changes on the level of income of agricultural producers, which took place in Poland in the early years of the accession to the EU, as well as a determination of the scale of the impact of financial support under the Common Agricultural Policy on the farm income situation. Poland’s membership in the EU gives rural farms opportunities to improve their economic situation. Financial aid, mainly in the form of a direct payment, has been the main factor determining the economical status of rural farms, whilst the other income making factors, such as improved productivity and increased agricultural production have played a much smaller role. The increase in revenue has enabled farmers not only to increase current expenditures, but also to carry out modernization efforts, which will determine the future economic and structural situation of the Polish agricultural sector and its competitiveness. However, a strong differentiation in terms of the economic situation of rural farms according to their size and specialization in production was also noticed. As a result, there is a still large number of farms in which the revenues received by farmers are insufficient to assure them adequate life standard. Therefore such farms are not able to both develop and invest. Only economically strong rural farms with high production potential have such opportunities, meaning that EU support will never be able to fully minimize the effects of small-scale production or to offset the insufficient efficiency and productivity of production factors.