Economic Performances of German Agri-Food Businesses: an Extension of Existing Discourses on the Topic 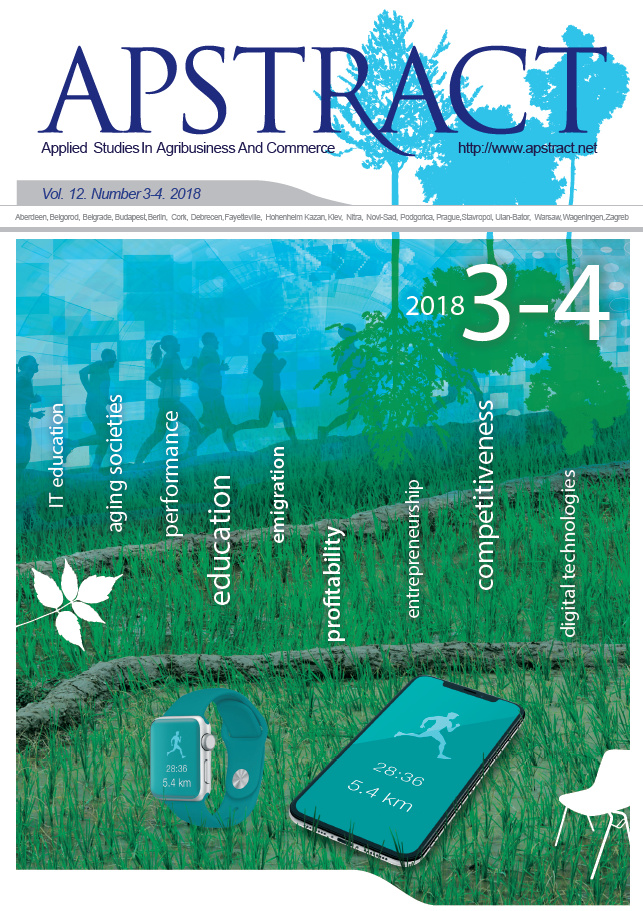 Considering the circumstance that literature dealing with the economic performance of agri-food businesses in general, or particularly with the German agricultural sector, mainly deals with strictly agricultural-related theory in order to explain the economic success of agri-food businesses, the present paper aims to extend existing discourses to further areas of thought. Consequently, the characteristics: a) increased size of agribusiness, b) pull-strategies, c) the development of new markets and d) focus on the processing industry, that all correspond to the current picture of the German agricultural sector and are considered to be significantly responsible for recently managing to outpace the French agri-food sector, will be first explained in their success against the background of mainly non-agricultural-related literature. By doing so helpful and rather unnoted perspectives can be contributed to existing discourses. Second, the paper presents scatter plots which portray correlations between a) the added value of agriculture and the regular labor force, b) the added value of agriculture and the number of agricultural holdings and c) the added value of agriculture and the number of enterprises concerning milk consumption. Corresponding scatter plots which show different developments in Germany and France can be related to the findings of the first part of the paper and allow new perspectives in existing discourses as well.