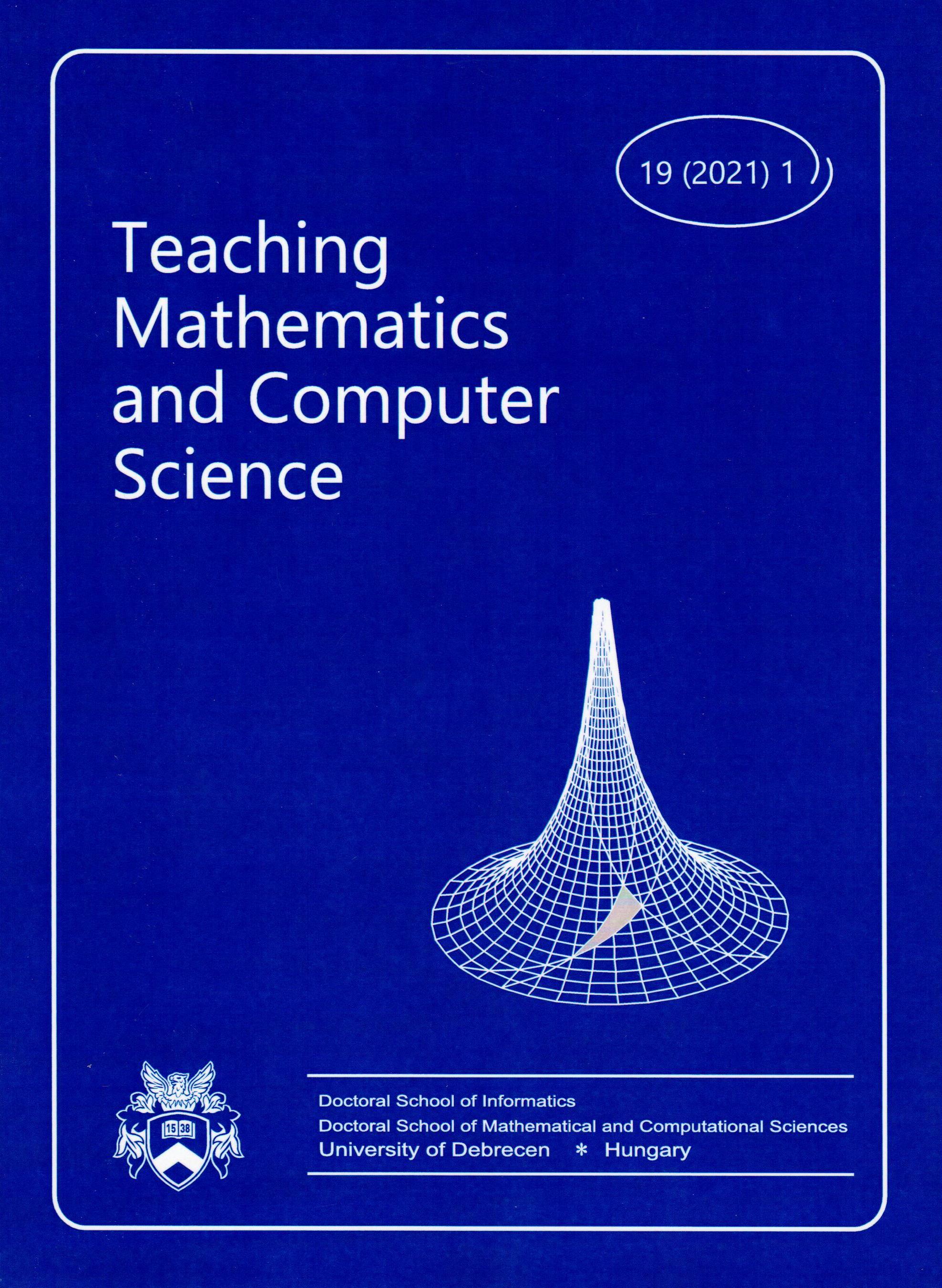 In our paper, we study the reasons for the introduction of didactic games and the way of their application in higher education, especially in teaching mathematics. After describing the main characteristics and needs of Generation Z students, we outline the advantages and drawbacks of gamification and game-based learning, followed by some new as

...pects to their classification. The idea of device-based grouping arose because the most commonly used methods require IC tools. Gen Zs naturally accept gamified learning materials available on digital and mobile platforms, but we must not forget about traditional games either. In higher education, especially in the case of small-group teaching there should also be room for traditional, specialized didactic games, of which we focus on the benefits of card games.

Performance testing plays a vital role in the verification of large scale software systems. It is used for testing the speed, responsiveness, capacity and stability of the investigated system. However, despite the significance of this topic, the effort invested in teaching performance testing in Computer Science is insufficient. The current pap

...er shows, how the fundamentals of performance testing can be demonstrated to students both from a theoretical and a practical viewpoint through step-by-step practical examples that are used in the industry. It is also discussed how a basic toolchain can be set up for performance tests using only free tools. With the presented examples, the reader will be able to take first steps in the performance testing area.

Proofs are not just an essential, crucial part of mathematics as a science, they also have a long tradition in Hungarian mathematics classrooms. However, the school in general and, mathematics education in particular, have been changed in the last few decades enormously, including the final secondary school examinations in mathematics. The curr

...ent paper's main goal is to answer the question, how has been changed the weight and the content of reasoning and especially proving tasks in the relevant examinations.

Törner et al. (2014) paper gives an outstanding review about teaching analysis at high school level in (Western) Europe. We tried to extend this paper with some results from the Hungarian Math History (Beke and Rátz 1897-1924, after second World War 1949-1960, the current situation-first of all based on schoolbooks, and we also included an ex

...periment from 1984-1989 by E. Deák, which was interrupted and partially forgotten). In summary, this paper deals with the turning points of the brief history of teaching secondary school analysis in the XXth century in Hungary, including some conclusions at the end.

Women's scarcity in the STEM, especially in the IT sector is pronouncedly evident. Young women are obstructed from entering and remaining in IT by a broad range of social, educational, and labor market factors. In our paper, we would like to analyze the main barriers girls face in choosing IT, while also proposing potential methods to help them

... overcome these obstacles. In the second part of the paper, we will present a case study to illustrate in detail how the combination of the above methods can be put into practice to address and tackle the complex set of barriers girls face. We will first introduce a Hungarian annual program, Girls' Day ("Lányok napja"), specifically aimed to promote STEM to girls, then we will present two specific events organized for the 2020 edition of the program and designed with the above principles in mind. The interactive presentation, exposing girls to female role models of the field in a gamified way, and a game development exercise, building Scratch programming skills, have attempted to provide young women both with positive perspectives and experiences in IT, which are instrumental in helping them to surmount entrenched obstacles and raise their interest in the field.

Three different series of Hungarian Mathematics textbooks used in grade 9-12 education for the past 30 years have been analysed in this research. Our aim is to show and evaluate how the visual arts have been connected to mathematical ideas in these textbooks. We have applied the six dimensions of evaluation, which have recently been introduced

...in (Diego-Mantec on, Blanco, Búa Ares, & González Sequeiros, 2019) to categorise the illustrations of the three different series. We show examples for each dimension from the textbooks, and we find that even if the number of artistic illustrations in these coursebooks have significantly increased, in most cases these sporadic examples are not closely related to the mathematical context, mainly used for ornamental purposes to decorate the core text. Based on this classification we conclude that the number of artistic illustrations with underlying math concepts making students' participation more active could and should be significantly increased.

Show full abstract
12
17
PDF
The time spent on board games pays off: links between board game playing and competency motivation
119-131

The impact playing has on the development of thinking is an important topic of psychology of learning, brain research and mathematics didactics.
Our research is also connected to the aforementioned topic. We investigated the effects of playing board games on competence motivation and the development of mathematical competencies.
In this p

Show full abstract
22
21
PDF
A constructive and metacognitive teaching path at university level on the Principle of Mathematical Induction: focus on the students' behaviours, productions and awareness
133-161

We present the main results about a teaching/learning path for engineering university students devoted to the Principle of Mathematical Induction (PMI). The path, of constructive and metacognitive type, is aimed at fostering an aware and meaningful learning of PMI and it is based on providing students with a range of explorations and conjecturi

...ng activities, after which the formulation of the statement of the PMI is devolved to the students themselves, organized in working groups. A specific focus is put on the quantification in the statement of PMI to bring students to a deep understanding and a mature view of PMI as a convincing method of proof. The results show the effectiveness of the metacognitive reflections on each phase of the path for what concerns a) students' handling of structural complexity of the PMI, b) students' conceptualization of quantification as a key element for the reification of the proving process by PMI; c) students' perception of the PMI as a convincing method of proof.