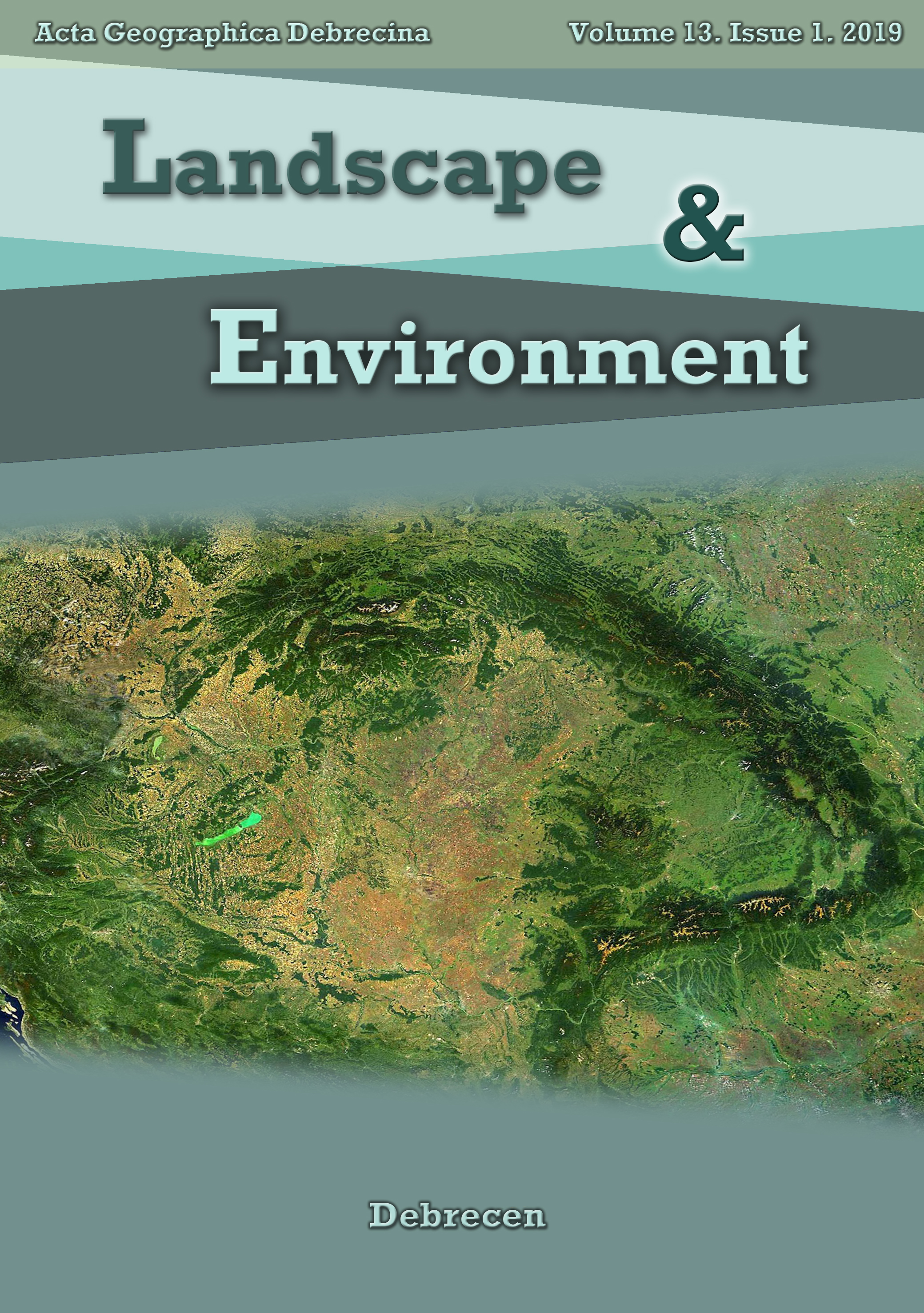 The development of point-bars and bank erosion are critical near-bank processes, as they indicate
the sediment and hydraulic regime of a river system, thus, they refer to the equilibrium conditions of
a channel. However, throughout history, rivers have been modified for various benefits which change
the development of point-bars and the rate of bank erosion. In the Lower Tisza River (Hungary), river
regulations influenced the channel and floodplain development, altering the natural fluvial processes.
The aim of the research was to determine the rate of near-bank processes and to make trajectory for
future river evolution to support future engineering works. The bank erosion and point-bar development
at human-influenced and freely meandering sections of the Tisza River were monitored since 2011.
Behind a collapsed revetment, the bank erosion rate was 0.6 m/y, while at a freely meandering section it
was 2.3 m/y. The studied point-bars are located in revetted and freely meandering sections. Their surface
eroded within the period. These intensive erosional processes refer to an incising meandering channel,
which must be considered during future planning of in-channel structures (e.g. revetments, bridges),
thus, geomorphic methods must be considered in any river engineering scheme.