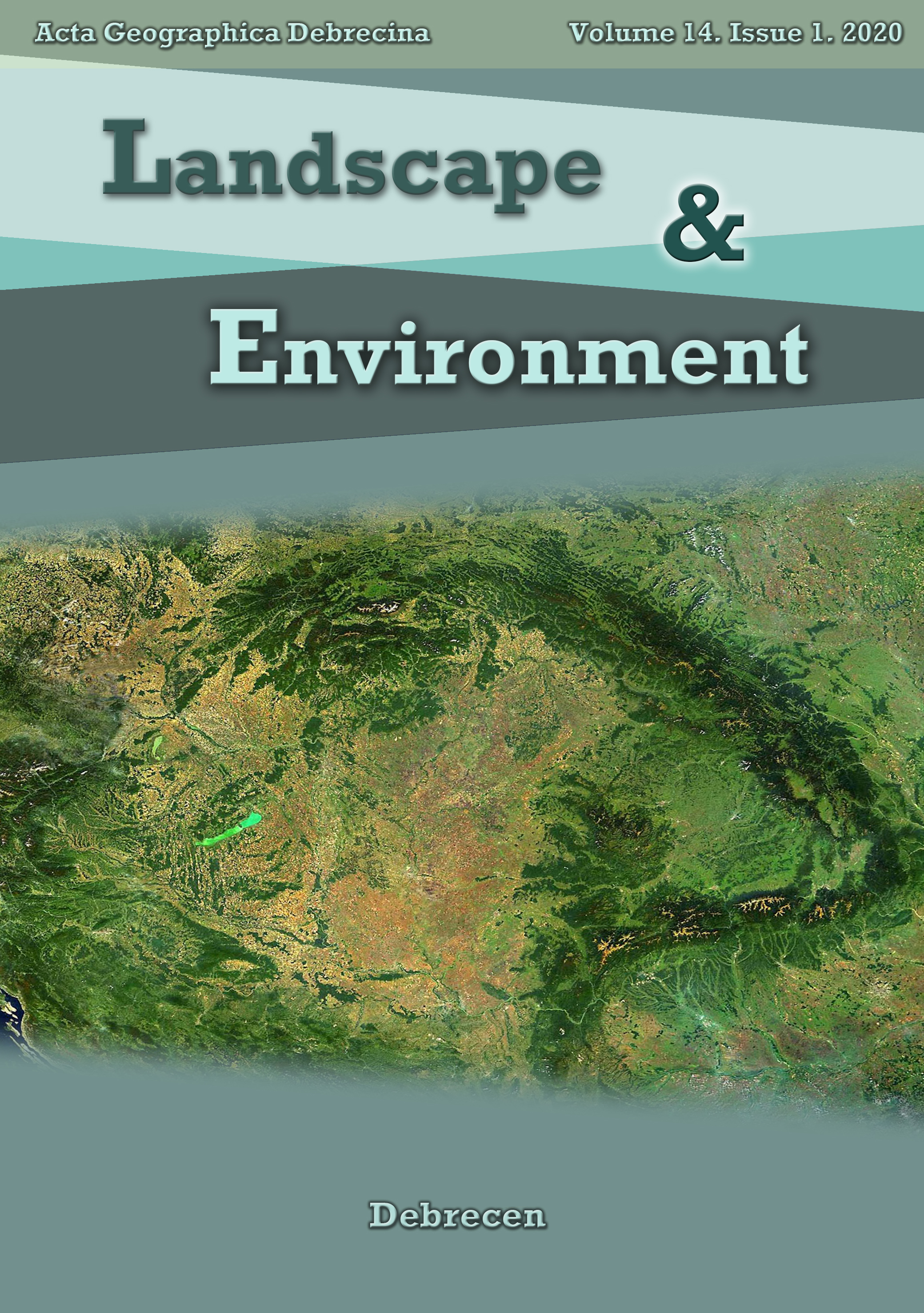 The Bereg Plain is located in the northeastern part of the Pannonian Plain, close to the Carpathian
Mountains. Clarification of the evolution of its topography is essential for the development of the whole
area. The former single alluvial cone has been fragmented, some parts of it subsiding and others rising.
The displacements of the subsided parts of the area were dominated by erosion processes, as in the Bereg
Plain. As a consequence, a significant part of the sand in the area has been degraded and only traces of it
remain in the Bereg Plain. The existing sand patches have been identified and classified using DEM. In the
area identified 10 floodplain islands not yet mentioned in the scientific literature. The investigation of
the numerous islands – hitherto unknown and be-longing to different morphological types – enabled us a
reconstruction of the surface development of the Bereg Plain that is more differentiated and precise than
ever before. Based on their morphogenetic properties, these floodplain islands can be divided into three
main types: (1) erosion islands, (2) point-bars, (3) coastal dunes. In the area, I could recognize no pattern
or re-gularity in the position of the individual forms of any type. In many cases, the direction of the
longitudinal trends is perpendicular to one another, which excludes their Aeolian origin. The sediment
of the floodplain islands mainly consists of medium-, small- and fine-sized sand, but the settlement of
loess-mantled and loess-like layers among the sandy sediment of certain forms can also be observed. The
layer with 15 % lime content and 53–60 % loess fraction (0.05–0.01 mm) – found in the 110–50 cm high
section of the erosion island called the Homok-tanya in Mátyus – can be considered a typical loess, based
on the detailed parameters. Its formation in all probability took place at the same time and under similar
conditions than that of the more than 2 m thick aeolian loess mantle found in the Nyírség area, some 10
km west from there, which had accumulated before the Bölling period. In case of an erosion island 2.5
km to the south and lying some 2 m lower, such a loess mantle cannot be found anymore, despite the fact
that the sandy layers of the two sediment series are almost completely identical. The background of this
phenomenon is the more active and frequent, mainly erosional fluvial processes – because of the lower
position –, which eroded the loess mantle.
The composition of the surface sediments is de-termined by the absolute altitude as well. The cover
sediment of the lower-lying islands is identical to the finishing silt-clay deposits found at the alluvial
parts of the Bereg Plain, whereas the surface of higher-lying forms that have not seen flood for ages, is
covered by sand or loessy sand.