Landscape shape index, as a potencial indicator of urban development in Hungary 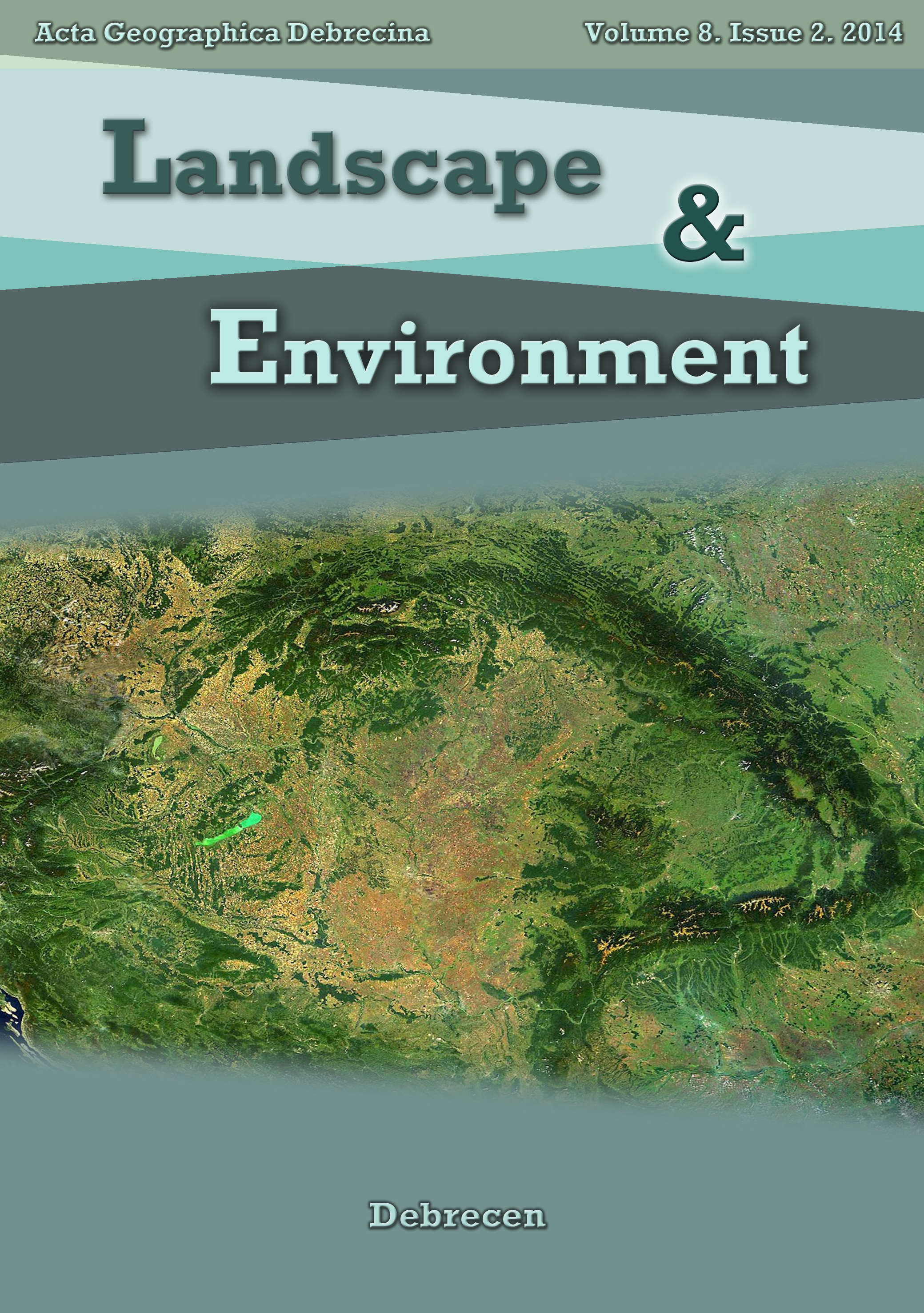 The study of settlement shape, morphology and structure is a classic topic of urban geography. Since the 1960s multiple shape indices have been developed. Urban patterns were then compared with geometric forms or, alternatively their temporal changes were tracked and analysed. In the current study we adapted the landscape shape index (LSI) to analyse the historical shape development of eight Hungarian cities. The LSI is capable to demonstrate the functional and mutual relationship between the developed area and their immediate physical and natural environment. Over the past 230 years the land area of the studied cities has increased manifold for several reasons: on average, an areal increase of 10.4 to 24.5 was observed for the eight settlements, while their perimeter increased by 8.8 to 30.3 times. Simultaneously with their size growth, the studied cities are characterized by an increasingly fragmented and dissected ground plans. Consequently, due to the longer border between the developed areas and the adjacent natural zones, urban areas have become increasingly sensitive to environmental effects over the past century, while mutual ecological and environmental interactions has also considerably increased between the adjoining zones. In general, cities of hilly and low-mountain areas had the highest LSIs, whereas cities located on relatively flat grounds had comparatively low LSIs. We also investigated the rank correlation of the historical change of LSI of the studied settlements. Cities of high positive correlations (> 0.9) were classified into two major categories. Miskolc, Pécs, Szeged and Kecskemét belonged to the group of higher LSIs, whereas Székesfehérvár and Nyíregyháza fell into the class of medium LSIs and the third category included Debrecen and Győr, cities of low (< 0.9) LSIs. Based on the temporal trends of the LSIs, our results provide applicable information for decision makers in order to monitor, manage and track their investments, city management policies and infrastructural development strategies.