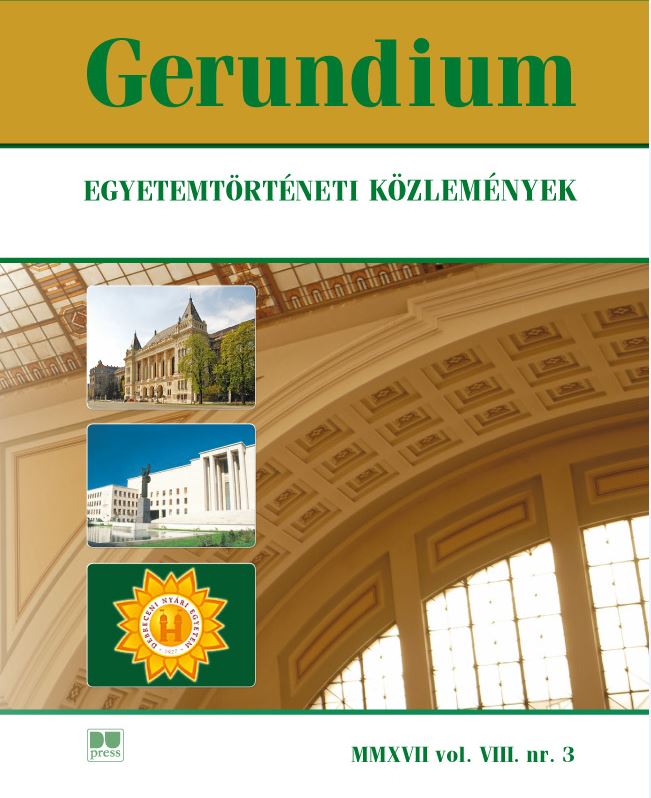 Ede Neuber, Professor of Dermatology, the Rector Magnificus of the Hungarian Royal István Tisza University of Debrecen during the Academic Year 1931/32. Professor Ede Neuber was the organizer and first director of the Clinic of Dermatology and Sexual Pathology, and nationally, it was he who first organized the health supervision of university students. Again, he took part in spearheading the campaign against venereal diseases also through curtailing epidemic diseases by means of creating a law (lex veneris).
In the 1931–1932 academic year he was Rector of Debrecen’s István Tisza University. During his rectorship, the Main Building of the University was completed and inaugurated, and the university took over the city’s public hospital for the purposes of training and practice. From 1936 through 1938 he represented the university in the upper house. In 1938 he was appointed principal professor of the clinic of dermatology of Budapest’s Péter Pázmány University, so he left Debrecen.