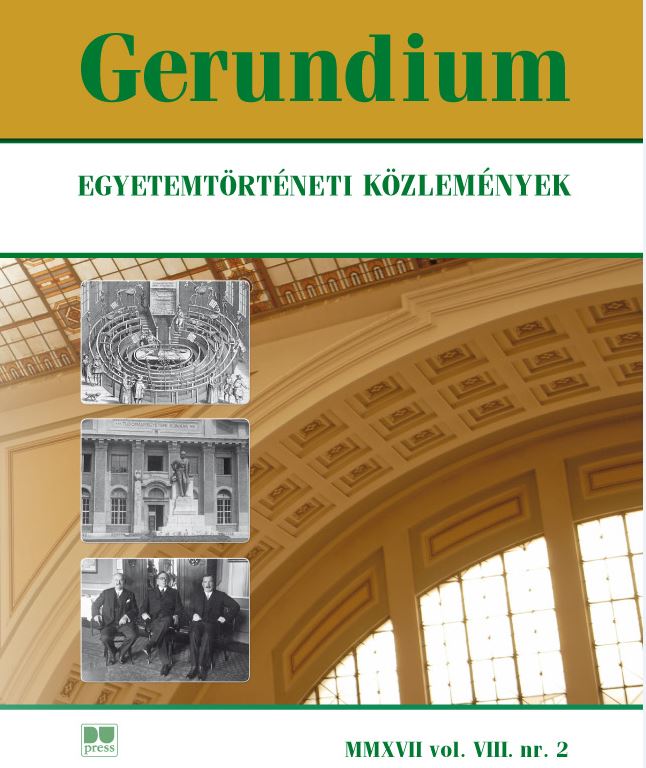 Jenő Darkó, Professor of Bizantinology, the Rector Magnificus of the Hungarian Royal István Tisza University of Debrecen during the Academic Year 1930/31. Jenő Darkó (1880–1940), Professor of Byzantinology and the member of the Hungarian Academy of Arts and Sciences was the Rector of the Hungarian Royal István Tisza University of Debrecen in the 1928–1929 academic year. Being an appointed Professor of the Theological Academy of Debrecen he was proposed a full professorship at the newly found University of Debrecen in 1912 since the Theological academy was the forrunner of the Universtiy of Debrecen. Between 1918–1919 he was an appointed Dean of the School of Arts . After finishing his time in office, he was offered the opportunity to fulfilling repeatedly this position in 1938–1939.) Under his rectorship, the university witnessed unprecedented development in professional life and infrastructure. Within this framework new departments were established (botany, zoology, mineral and earth sciences, mathematics), the university library experinced significant advancement and additionally Professor Darkó organized courses to disseminate results in arts and sciences. The professors of the university were regularly invited to international conferences and the younger faculty members were gained international scholarships. The construction of the observatory together with the main building was underway, as well as the realization of the elegant on-campus professors' villas were agreed upon. The socially sensitive rector  encouraged the establishment of student housing, and student support program to enable students in need. He was especially keen ont he idea to engage young people from Transilvania soon after World War I. Furthermore he succeeded in managing the extreme anti-Semitic manifestations of certain student groups in autumn 1928.