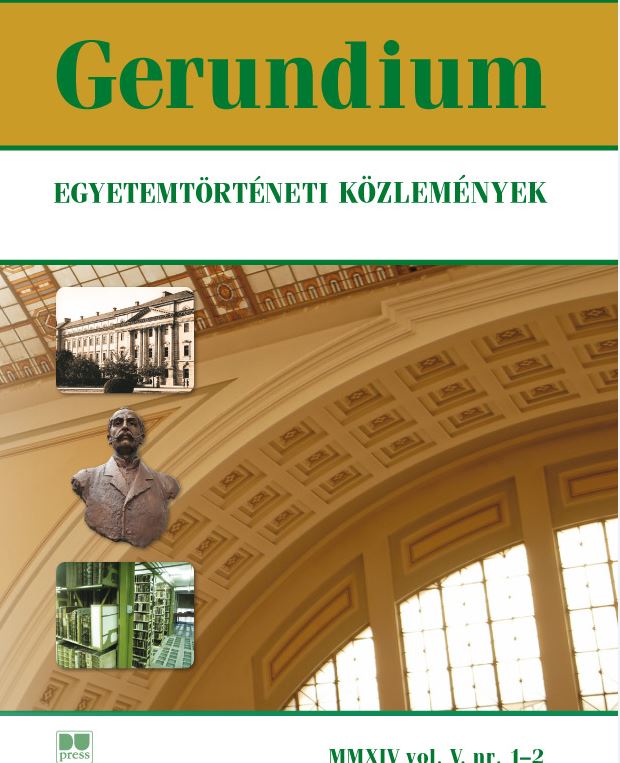 DR. KRASSAI LOVAG KERPELY KÁLMÁN (1864–1940) PIONEER OF THE MODERNISATION OF HUNGARIAN CROP PRODUCTION. Agriculture in Hungary – more speciically crop production – dates back to the Roman 17th century. Hungarian agriculture is rooted in Western European agriculture. Its development was started in the Age of Enlightenment, during which the conditions of the modernisation of agriculture were established in the Carpathian basin in the 18th–19th century. Social transformation, the reorganisation of possessions and the establishment of the system of agricultural higher education made it possible to modernise the agricultural sector. In the 1800s, agricultural higher education institutes were esablished in Keszthely and
Magyaróvár under modest circumstances. In 1867, a state-run institution was established in Debrecen where education and research were launched with well prepared teachers who had international knowledge. At the end of the century, Kerpely Kálmán started to work in Debrecen and crop production research was launched with the central topic of analysing the harmonious correlations of the nutrient and water supply of the produced crops. he hundred-year-old results and establishments of this research direction provide a basis for the development activity of subsequent years and the research of its basic correlations. hese scientiic activities are still timely today.