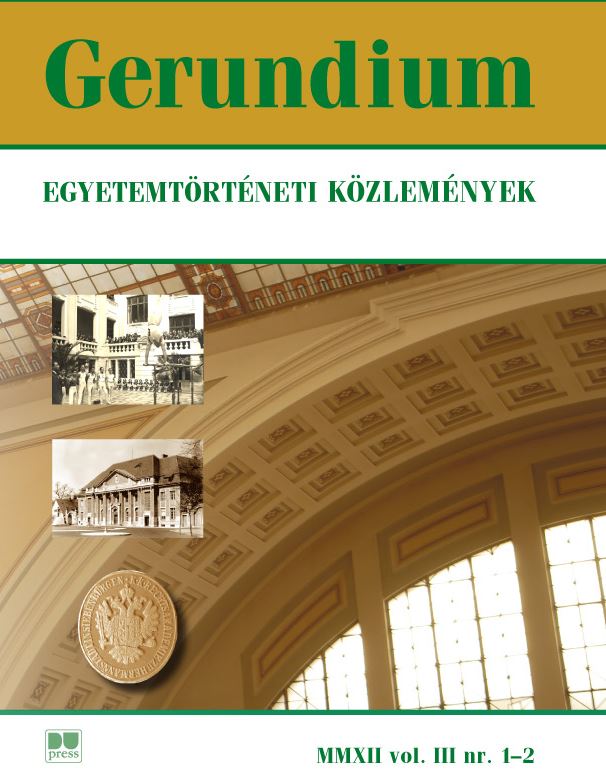 The Student Community of Debrecen’s School of Medicine (1921–1949). In view of the fact that the University of Debrecen grew out of the academic divisions of the Protestant College, the Protestant character of the state university can be easily demonstrated as present. What can be equally well seen are the facts that, one, the members of the student community tended to come from Debrecen or the larger Debrecen region, and, two, that Hungarian was the almost exclusively used mother tongue. As regards social distribution, the most frequent origins are from the intellectual and the smallholder class. A look at student support shows that until the beginning of the 1930s a smaller portion of the student body, whereas after this time frame 60 to 70 percent, received some kind of financial support. Student aid and reward could come from various sources: (a) from the university itself; (b) from the Ministry of Education; (c) the city of Debrecen; (d) private sources; (e) financial institutions and associations; and (f ) from the Protestant church. Unfortunately, the amount of these aids was rather limited and only a few students could be recipients. Student subventions in the post-1945 era was based on totally new priorities, however, its objectives were marred at first by runaway inflation, then class-struggle principles impacted on it by creating discriminative categories. Student accommodation, owing to the scarcity of reliable data can only be shown in an incomplete table; no creditable evaluation of these is possible.