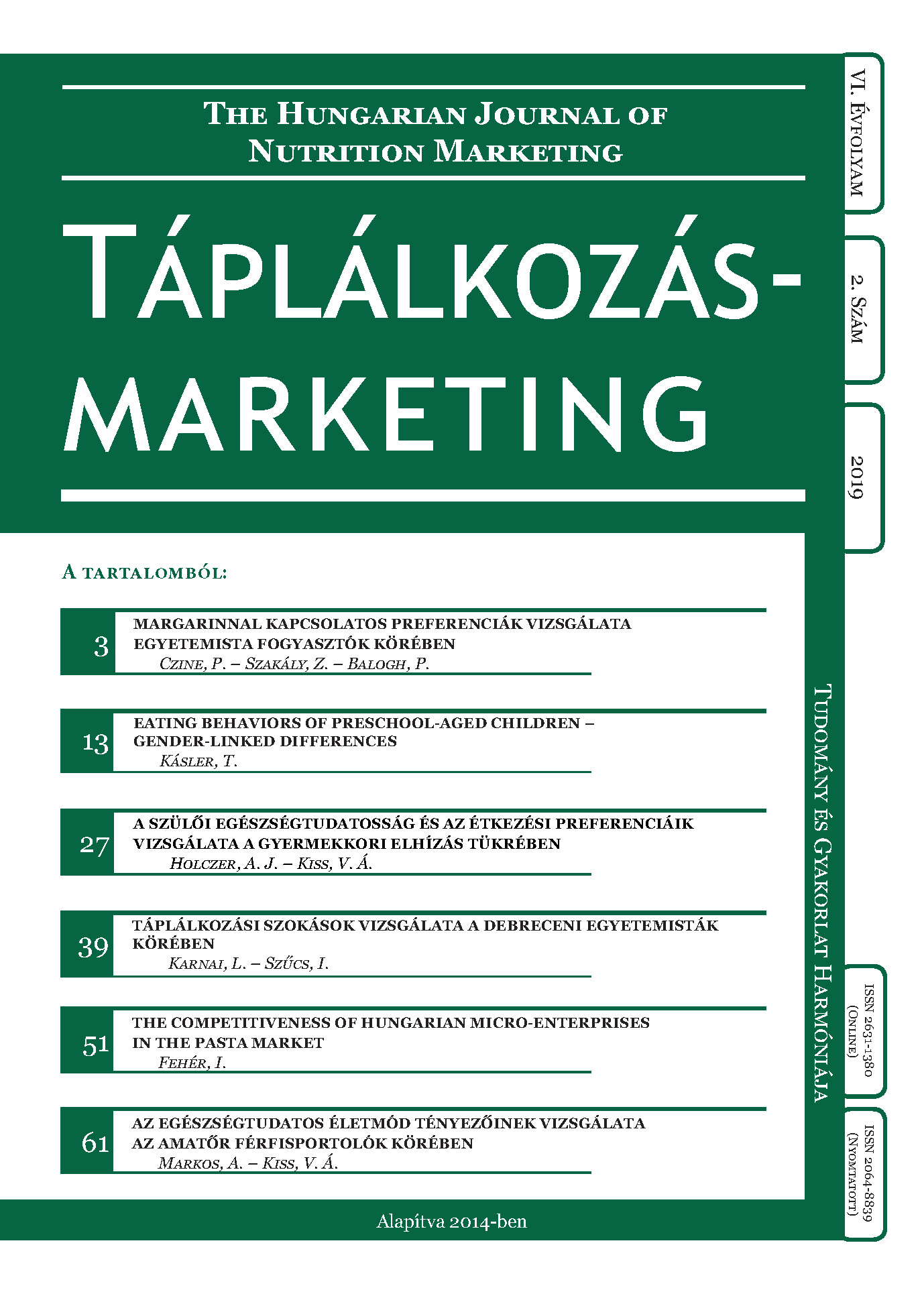 This work is licensed under a Creative Commons Attribution-NoDerivatives 4.0 International License.

A growing popularity in the consumption of foods with low nutritional value is increasing amongst the preschool age groups worldwide, which is partially responsible for the increase of childhood obesity rates globally. Thus, it is vital to examine the eating behavior of preschool aged children, as these are known to effect the daily energy intake. On the contrary, gender differences could possibly also influence the food intake and therefore health-related outcomes in children. In order to investigate the relationship between the children’s eating behavior and their gender, a survey was conducted amongst the parents of children aged between 3-7 in Hungary, which included Wardle et al.’s (2001a) 35-item instrument, the Children’s Eating Behavior Questionnaire, together with questions concerning possible food allergies and demographics. The sample of size N=365 was then analyzed using SPSS via the INDSCAL method. The initial creators of the Child Eating Behavior Questionnaire found only one gender difference, namely that the incidence of eating fussiness was slightly higher in boys, the findings of the current study were able to verify this result together with other dissimilarities. The findings indicate that other eating behaviors can be linked to gender, including that girls’ desires to drink, which is generally higher than that of boys and that boys tend to eat slower than girls. Boys also lean towards emotional undereating, while girls have a tendency towards emotional overeating. The information above can be of great use to marketers in the food and beverage industry as well as the healthcare industry.