Vilmos Haendel, Professor of Law the Rector Magnificus of the Hungarian Royal István Tisza University of Debrecen during the Academic Year 1942/43. 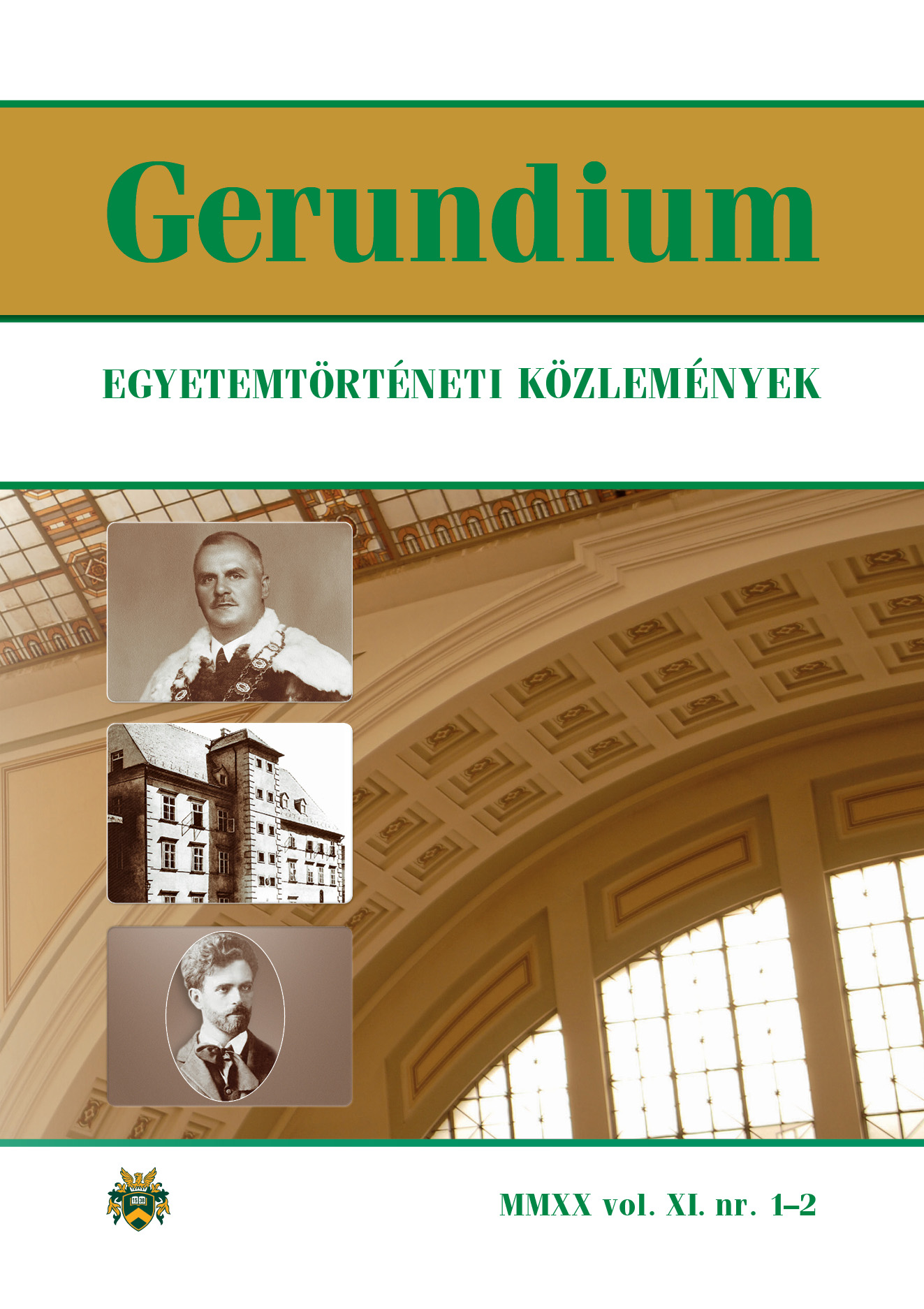 Vilmos Haendel was a lecturer for 14 years at the law academy at the Reformed College of Debrecen, then for nearly 30 years he taught political sciences at the University of Arts and Sciences of Debrecen. Being a well-rounded person he stood out from among the teachers of the Law Faculty of the university before the World War II. He played an important role in the political, social and cultural life of Debrecen for decades. At the same time, his nationalism and anti-Semitism made him a typical figure of the public life of the city in the first Half of the 20th century. The study describes his way of life on the basis of such data which have not been summed up so far, and tries to show his teaching career and the events of the year when he was the Rector flashing his most important scientific works.