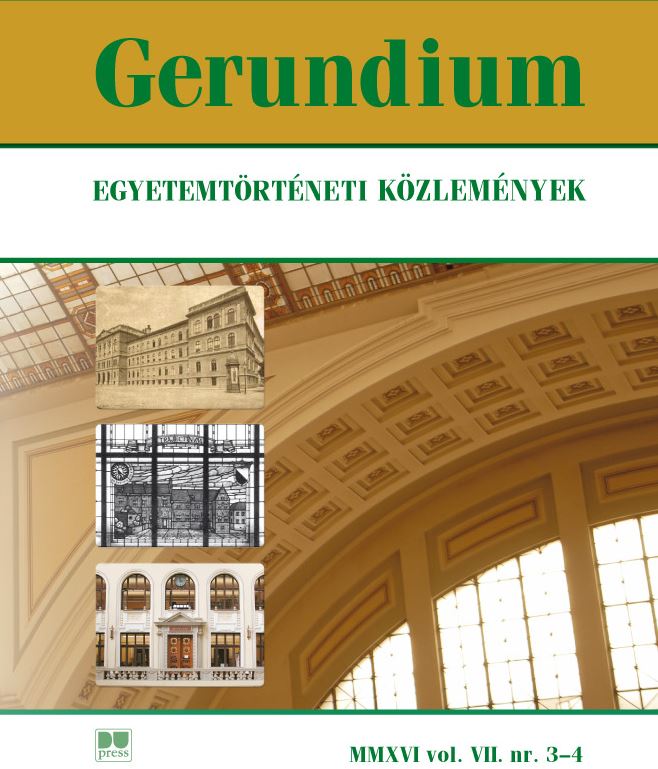 The Debrecen Memo of an Extrordinary Meeting Convened at the Ministry of Religion and Public Education on April 11–12, 1944. In March, 1944, the German military occupation of Hungary plunged the country into a difficult situation, affecting among other things the Ministry of Religion and Public Education responsible for the institutions of higher education. Minister Jenő Szinyei Merse convened a twoday meeting for April 11 and 12, for the purposes of analysing the situation that evolved and for making
the required decisions. The source material registers the proceedings of this meeting. President János Bognár of Debrecen’s István Tisza University probably had the text copied immediately after he had returned from the capital. The memo consists of twenty-five long and short items and these are about taking sundry measures, mainly pertaining to the simplification of administration for the purposes of an early closure of the academic year and a more severe interpretation of the Jewish laws.